The Jim Crow of Bipartisan Rule 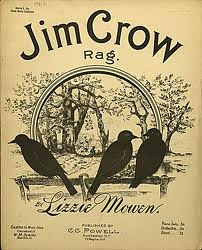 President Barack Obama says that the U.S. Senate rules which require sixty votes to end filibustering are not only extra-Constitutional but, more importantly stifle the flow of necessary legislation based, more often that not, on partisan interests. He wants to see these rules changed for the sake of better governance on behalf of the American people. I couldn’t agree more. But the Senate rules are only one aspect of our bipartisan government that consistently places partisan interests over those of “the people.”

Turns out, parties aren’t in the Constitution either. Yet, the two major parties have taken over our government. How? Those who make the rules, rule.

Through self-serving rules and regulations, the two major parties remain in power. Democratic and Republican legislators systematically exclude tens of millions of unaffiliated and independent voters from the electoral process — that is, the 42 percent of the total electorate who identify themselves as neither Democrat nor Republican and are, because of their independence, rendered second-class citizens in the law. In this way, a kind of Jim Crow (historically, the legal disfranchisement of African Americans) persists — now no longer based on race, but on political affiliation.

Through closed primaries, gerrymandering, the exclusion of non-major party candidates from debates, and ballot access restrictions, millions of independents are locked out of the first (and often critical) round of voting, incumbents have their seats easily protected, independent candidates fail to appear on the ballot, and such ‘outsider’ candidates almost never appear in televised debates. Little wonder then why almost every major public office in the nation is occupied by either a Democrat or Republican. Those who make the rules, rule.

Thus the parties, not the people rule. And yet we insist on calling our nation a democracy. Certainly, relative to some other nations (pick your ‘failed state’) we enjoy tremendous privileges as U.S. citizens and/or members of our society — the fact that you’re reading this speaks to this privilege. More importantly, the fact that, as citizens, we are able to vote (albeit with limited choices) underscores this point.

But, really, what we are is a delimited republic dominated by two political parties whose priorities are fundamentally about self-preservation, not about the needs of the majority of people. If this wasn’t true, the majority of Americans would have likely enacted universal healthcare long ago. Similarly, if the latter wasn’t true, we would have pulled our troops out of Iraq and Afghanistan a number of years ago.

On the universal healthcare front, we still have a ways to go, despite President Obama’s valiant if not deeply flawed efforts (he came into office with the promise of helping to rid D.C. of excessive partisanship, yet inadvertently — some would say, necessarily — accelerated it in order to achieve the reforms that have been enacted); in terms of our troops overseas, hopefully, we have less ways to go. To be frank, I’m not particularly optimistic on either of these fronts.

But there is hope, as there is history — what has happened, how we understand what has happened, and what we create out of it. Here a reminder of some of the lesser-known threads in our nation’s history and, in particular, the role of ‘outsiders’ in pressing for progressive changes may be helpful. Throughout much of our nation’s history, countering the power of the parties have been independent political movements — movements that ultimately overthrew the institution of slavery, extended the right to vote to women, and guaranteed civil rights to all Americans. And, we have a ways to go.

At various points in American history, independents have come together to challenge the partisan powers that be. Black and white Abolitionists of the 1840s challenged the pro-slavery policies of Democrats and Whigs through their Liberty Party; Populists in the 1890s challenged the Democratic-ruled South through the People’s Party; Socialists, Communists, and Progressives challenged the major parties in the first half of the twentieth century; and today, independents of all backgrounds are challenging bipartisan rule by calling for open primaries, along with a number of other vital electoral reforms.

These Americans are not calling for a third party, but for a new kind of politic — a non-partisan politic and culture, new ways of relating to each other, and access to power. Independents have formed their own parties, but the overwhelming number of independents in America do not want to affiliate with any party, including third parties.

At this particular historical juncture, what brings the array of America’s independents together via associations such as IndependentVoting.org, as unaffiliated individuals, or even with particular third parties (such as New York City’s tiny but mighty Independence Party, which elected the city’s first independent mayor), is not a shared political ideology, but a shared desire to have a more open political process.

Process is not a side issue in policy-making; control of the electoral process is in realpolitik terms how power is gained, retained, and exercised in America. It is not an abstract ideal; it is how the nation is ruled. Control of the electoral process (control of the rules) is what the Democratic and Republican parties value most. This is why when New Yorkers attempted to put a measure for non-partisan municipal elections on the ballot, the Democratic Party (the party in power in the city) brought out their biggest guns (including former Presidents, ranking Congressmen, and the like) to shoot it down; but it’s also the case that Californians passed Proposition 14 this year, which effectively allows for open primaries in that state — a major victory for independents, who achieved the task over the objections of virtually the entire bipartisan political establishment. Because of this measure, a staggering 3.4 million “decline to state” independent voters will be included in the primaries in California.

The kind of Jim Crow directed toward African Americans over the course of much of the twentieth century may only be partially compared to the discrimination faced by independents (of whatever racial or political background) today. African Americans were brutalized in ways that can’t be compared to the treatment of independents in the current era. But it remains the case that the laws (the rules and regulations) passed during the long era of Jim Crow, in which African Americans were legally prevented from casting their vote and effectively running for office, bear a striking resemblance to the ways in which independents are discriminated today.

The midterm elections are upon us. Who will you vote for? Voting for candidates who offer a challenge to the rules of the game is a way of dealing a blow to the Jim Crow of bipartisan rule. It is also a way of building today’s independent movement and helping the nation move toward non-partisan governance. So, please, keep the movement and the long-term in mind when you cast your ballot this Tuesday.

Omar H. Ali is Associate Professor of African American and Diaspora Studies at the University of North Carolina, Greensboro. He received his Ph.D. in History from Columbia University and is the author of In The Lion’s Mouth: Black Populism in the New South, 1886-1900 (2010) and In the Balance of Power: Independent Black Politics and Third Party Movements in the United States (2008). 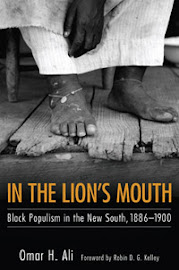 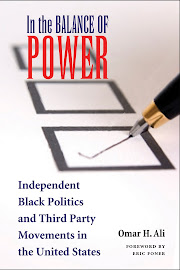 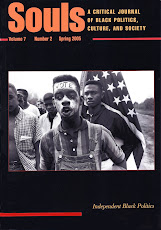 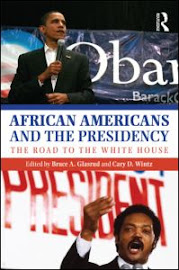 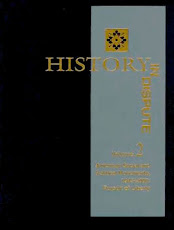 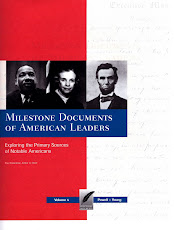